No Die Code, No OEM Certification, No Service: How One Component Distributor Is Keeping Counterfeit Parts out of Your SMT Line

Fusion, an independent component distributor based in MA, recently added an Anti-Counterfeit Screening and Analysis Laboratory to its Wilmington location; and SMT toured the new facility. While the lab is full of chemicals and equipment for exposing counterfeit components, Fusion’s Bill Masterson and Paul Romano say that a three-pronged approach of communication and investigation, experience and testing and smart supply management by the component OEMs will secure the electronics manufacturing supply chain against counterfeit components.

Fusion tests all components that come into the facility without original manufacturer certifications. These grey-market components may come from EMS surpluses or third-party distributors. “This is the first place to cut off the counterfeiters. It all begins with sourcing and we rigorously monitor our supply channels to exclude many companies we cannot trust.” said Masterson.

Fusion is on the authorized vendor list (AVL) of many major original equipment manufacturers and contract electronics manufacturers. As an open-market component broker, they serve Tier I EMS companies. “Our primary role is to fill chip shortages,” noted Romano.

As the semiconductor industry cut back drastically during the recession, Fusion was able to grow — adding 20% more staff and new equipment. As electronics assembly picked back up late in 2009, said Masterson, Fusion fielded demand from CEMs that shunned overstocking inventory only to find that chip makers made significant cuts in.capacity.

At its Wilmington lab, Fusion performs incoming inspection and quality checks for verification on all stock. Some components move on to the analysis lab because they cannot be traced to the OEM, while others are always tested due to customer specifications.

The lab features destructive and non-destructive screening and analysis. A real-time X-ray imaging system from Glenbrook Technologies is used for non-destructive die, wire bonds, and lead frame analysis. Fusion keeps a library of “golden” components, known-good samples from the OEM. If a component is still in doubt after X-rays, it moves to destructive tests, such as solvent tests for markings and decapsulation. Counterfeiters will often sand off the top layer of a package (pulled from a discarded PCB, taken from reject piles at assemblers, or otherwise acquired), roll on an epoxy globtop, and remark with laser or printing techniques. Solvent tests often expose this inferior marking. If the results aren’t conclusive, the product goes to decap.

The decap machine from Nisene exposes the interior of the chips through a process of acid stripping. The exact recipe for decapsulation varies with each component, said Lab Technician Rich Derum who operated the machine for us. They use a custom mold and gasket to hold the package, then subject it to various concentrations of sulfuric and nitric acids for a period of time until the leadframe and die are exposed sufficiently for microscopic analysis.

Technician expertise is key in all of these lab processes. “There is no Pass/Fail in these tests,” noted Masterson. It is more akin to detective work, requiring equal quality from the technicians as from the testing systems.

The decapped package is presented to high-power (2000×) optical microscopy, where the lab technician scrutinizes the die and leadframe under light and dark field contrasts to detect any type of handling and rework markings; and for comparison to known-good samples. This microscope has video recording functions as well and can save all part images to the company’s component picture library.

Prescreening and counterfeit testing are actions that companies can take for themselves, said Masterson and Romano. Beyond that, we need to communicate. When they discover any suspected counterfeit patterns (single source) or new counterfeiting techniques, they share the data with relevant associations. They also bring the issue to the component OEMs’ attention. “To solve this problem, the whole supply chain has to be involved,” pointed out Romano. Fusion is a member of The Independent Distributors of Electronics Association (IDEA), which has developed standards for dealing with the threat of counterfeits.

It’s important to remember that no single part on a bill of materials (BOM) is safe. “They'll counterfeit any kind of part, from 1 cent capacitors to microprocessors worth hundreds of dollars,” Romano confirmed. “Communication is as important as this lab’s technology for detecting counterfeits,” explained Masterson. Communication is, in some sense, harder to institute. No one wants their name associated with counterfeits; however, when the specter of bad parts is allowed to loom over the industry without anyone discussing it, no one wins. 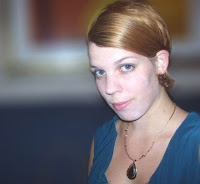